From the Earth to the Moon

My agent, Edward Burns from Advocate Art,  asked me to make a proposal for drawings for the book "From the Earth to the Moon" by Jules Verne (to be published by Oxford University Press).
The story is written in the 19th century and is about three men who attempt to reach the moon with their rocket. The rocket and its interior is a typical sample of how people looked at a trip to the moon in that period, the 19th century. Below is the final drawing. 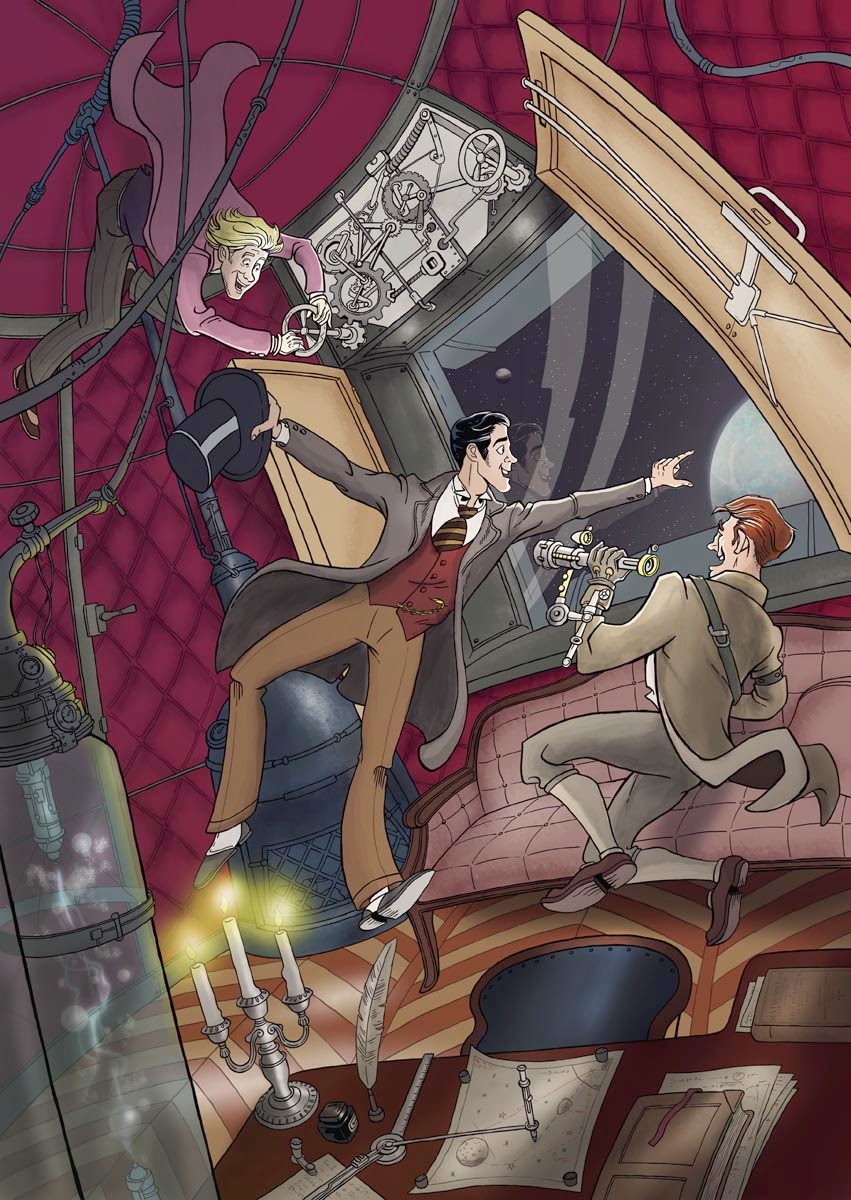 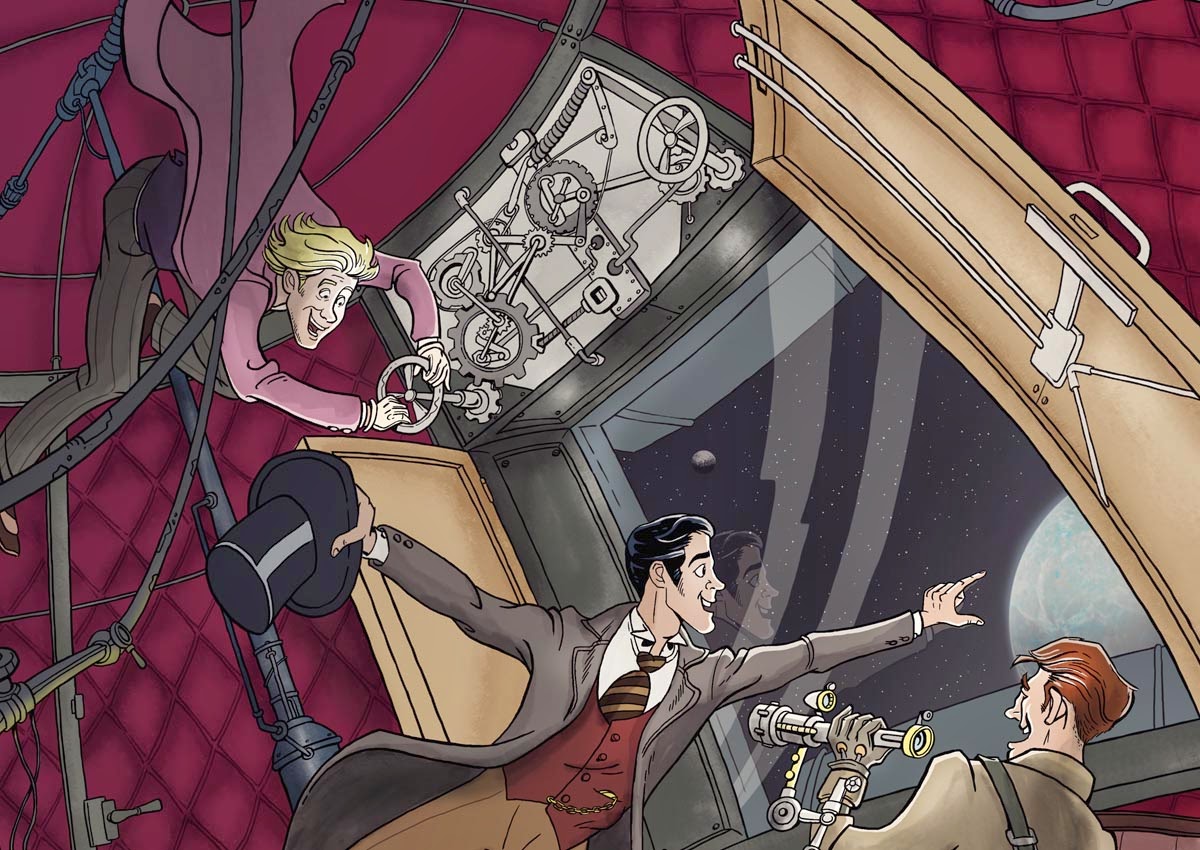 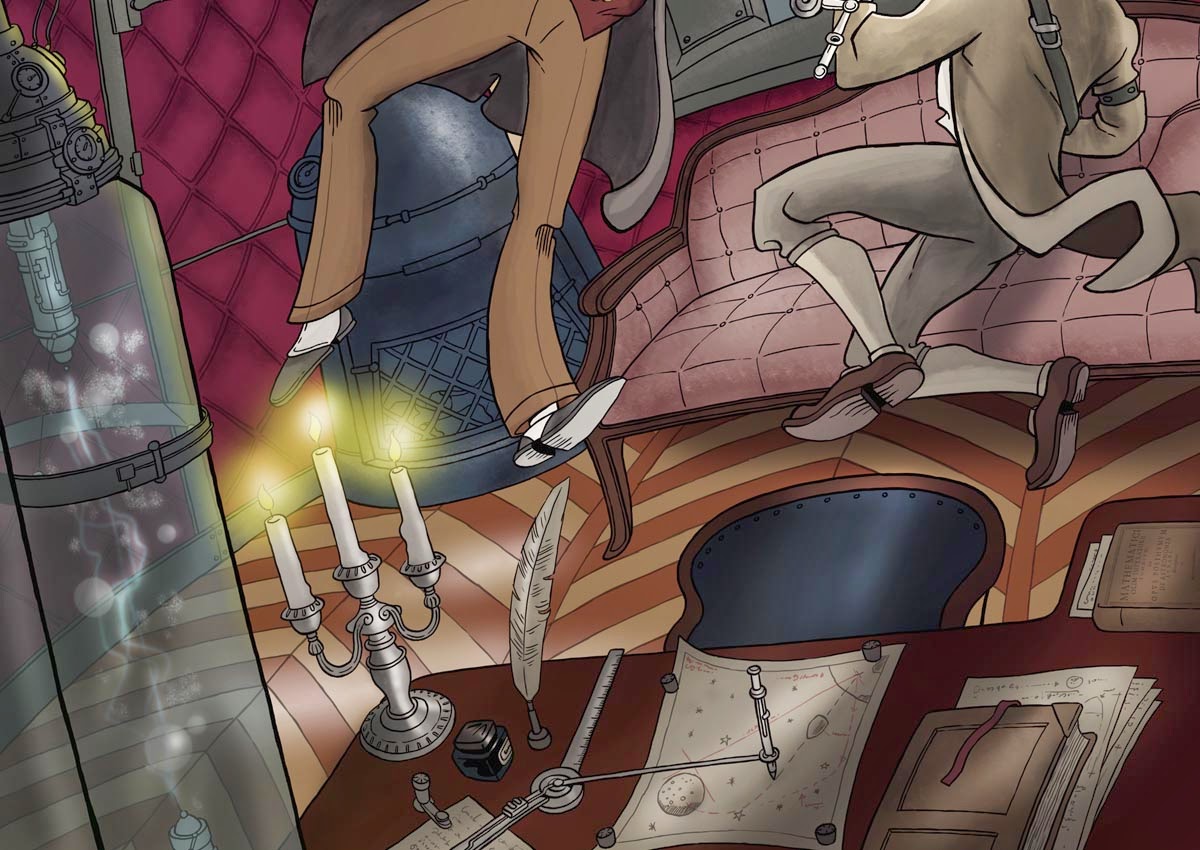 Before I came to this drawing, I first made a lot of sketches, and took a good look at the original edition of the book (available on the internet and extremely entertaining!). 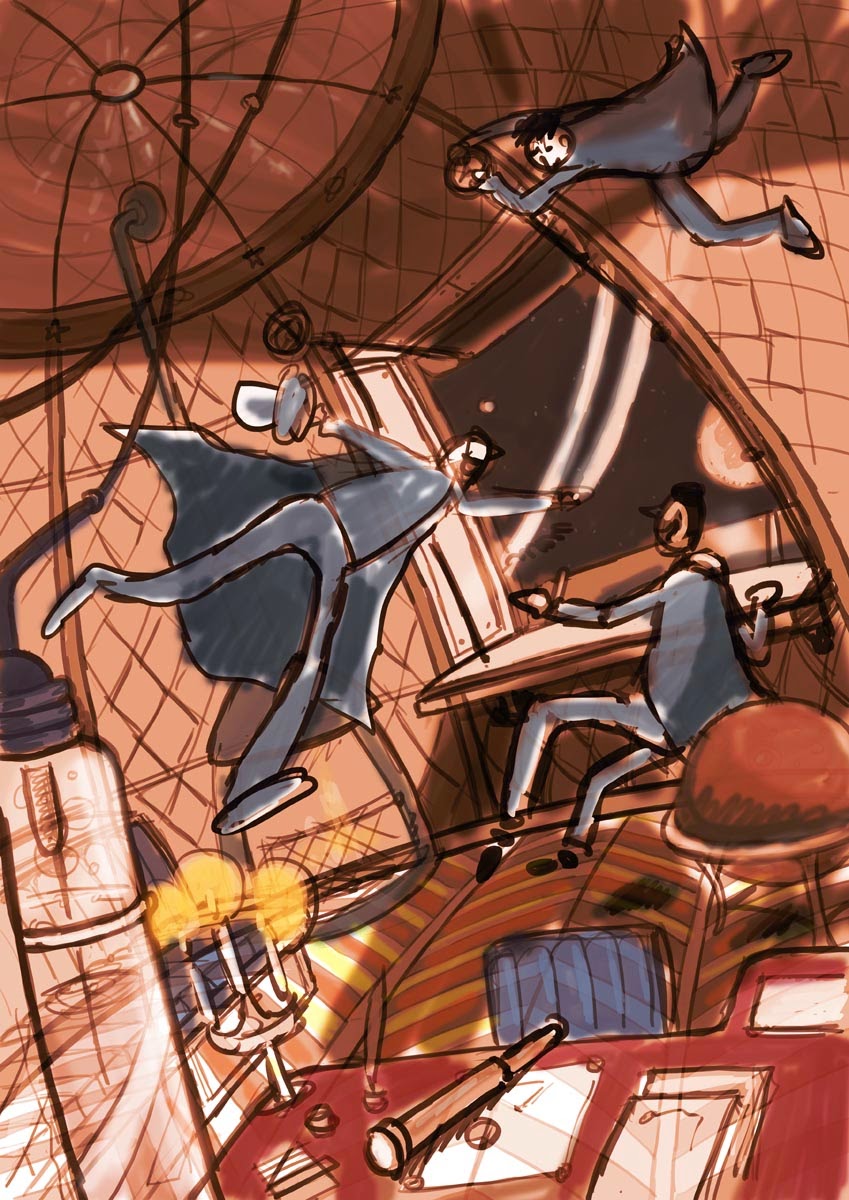 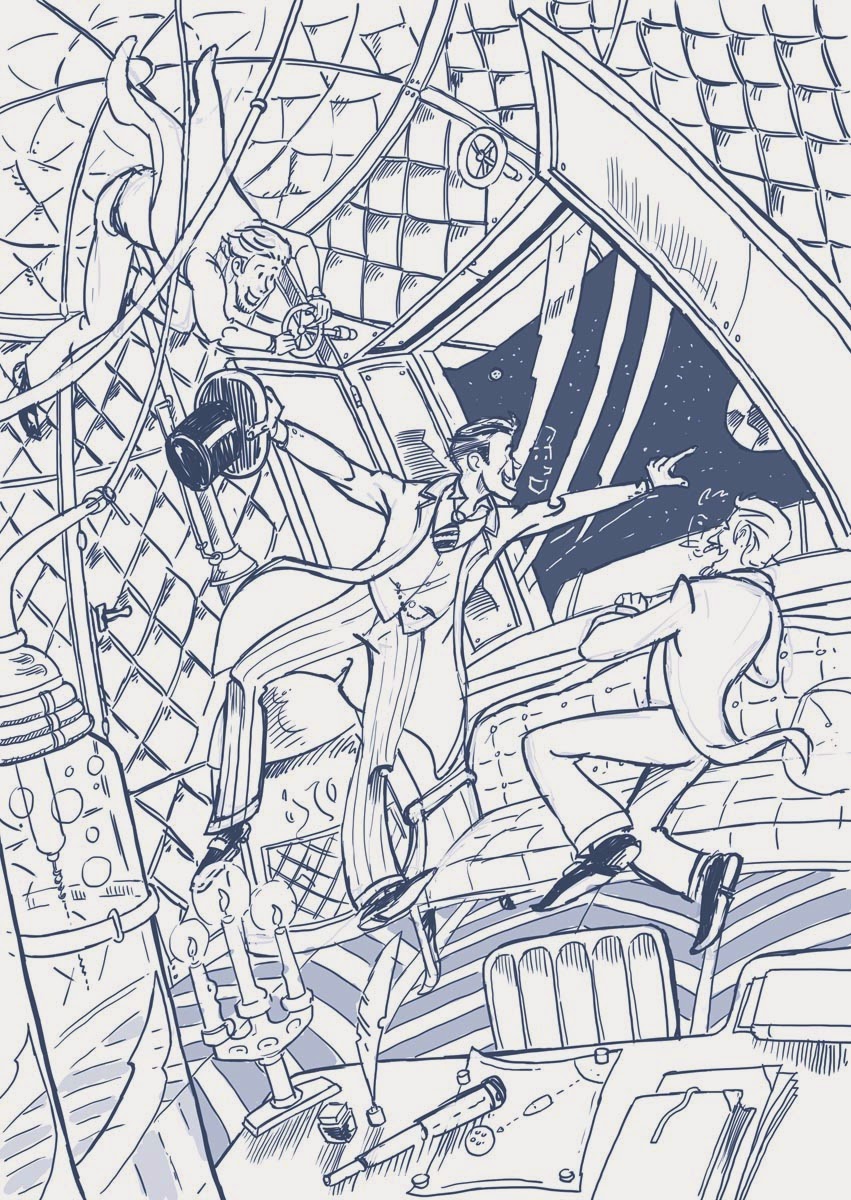 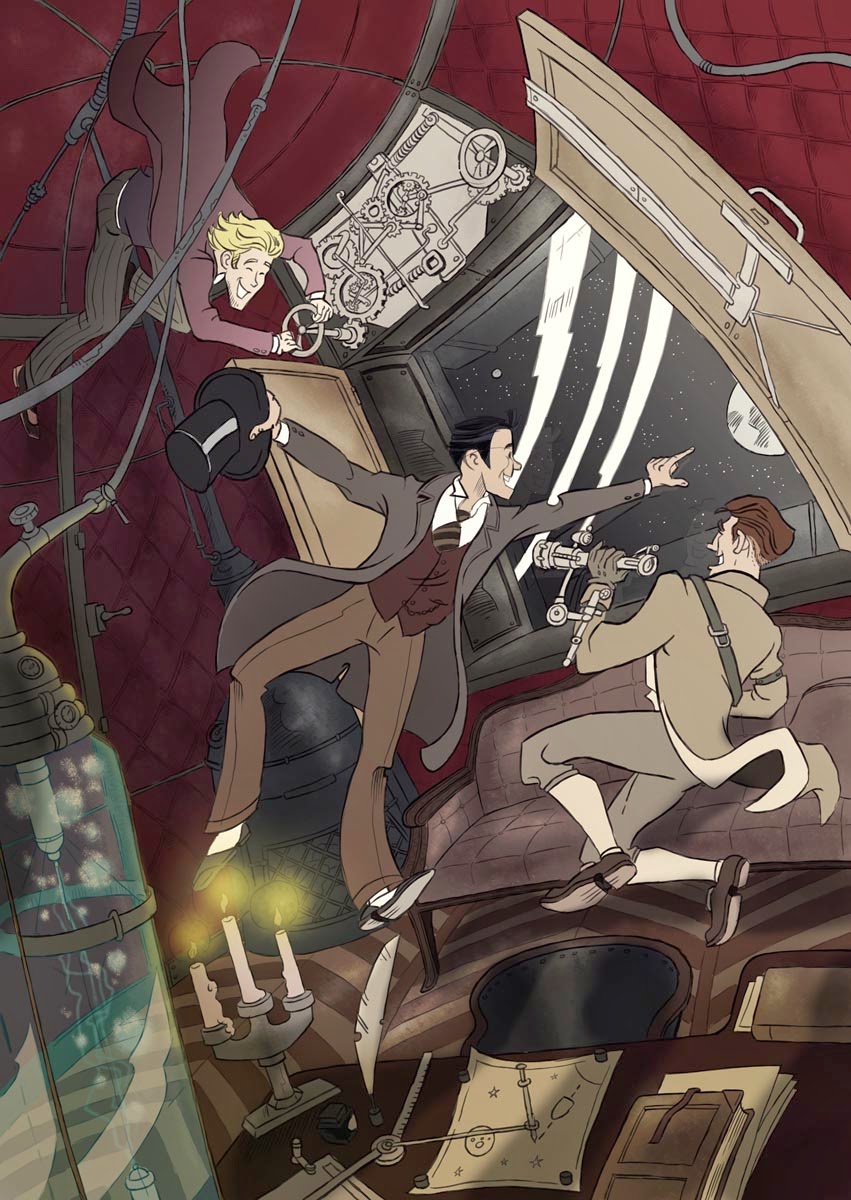 The planet which is visible through the window, is actually the earth. For the graphic novel I'm working on, I already had drawn an exo planet. This drawing I used in a somewhat modified form and placed it behind the window. Below the original drawing. 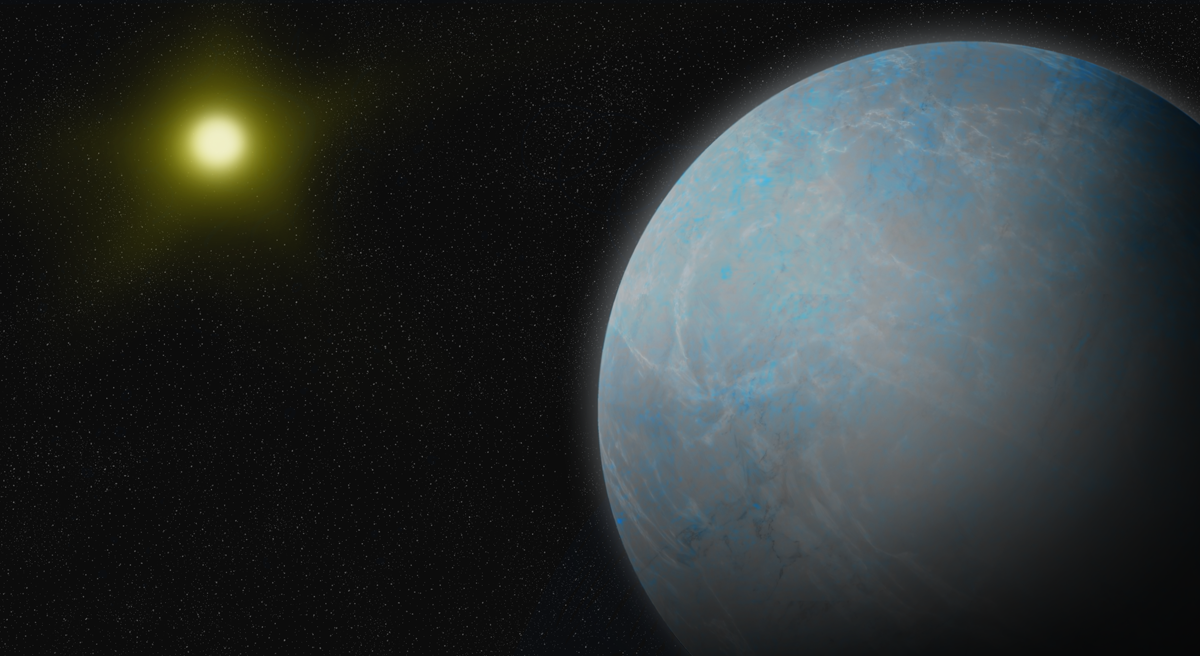 One of the main characters, Barbicane, I worked out in some sketches: 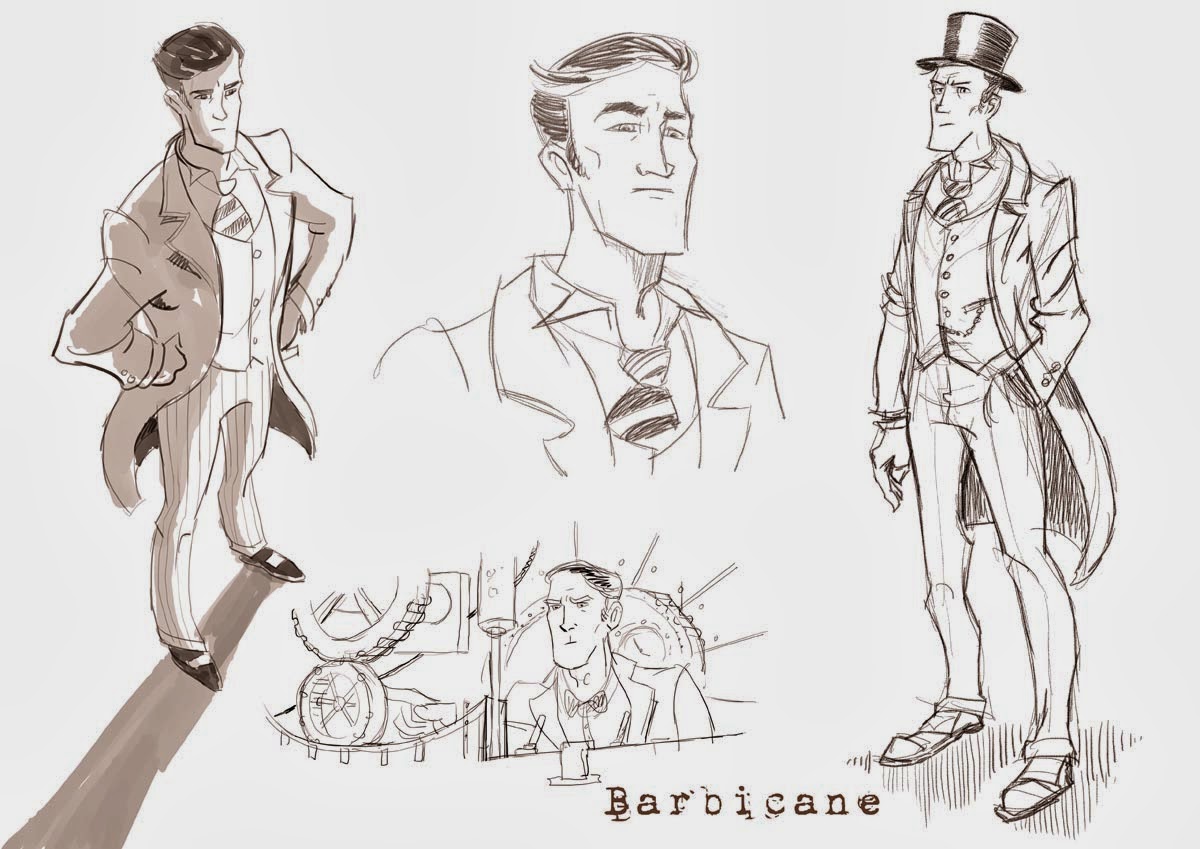 And later on I made some drawings of Barbicane. 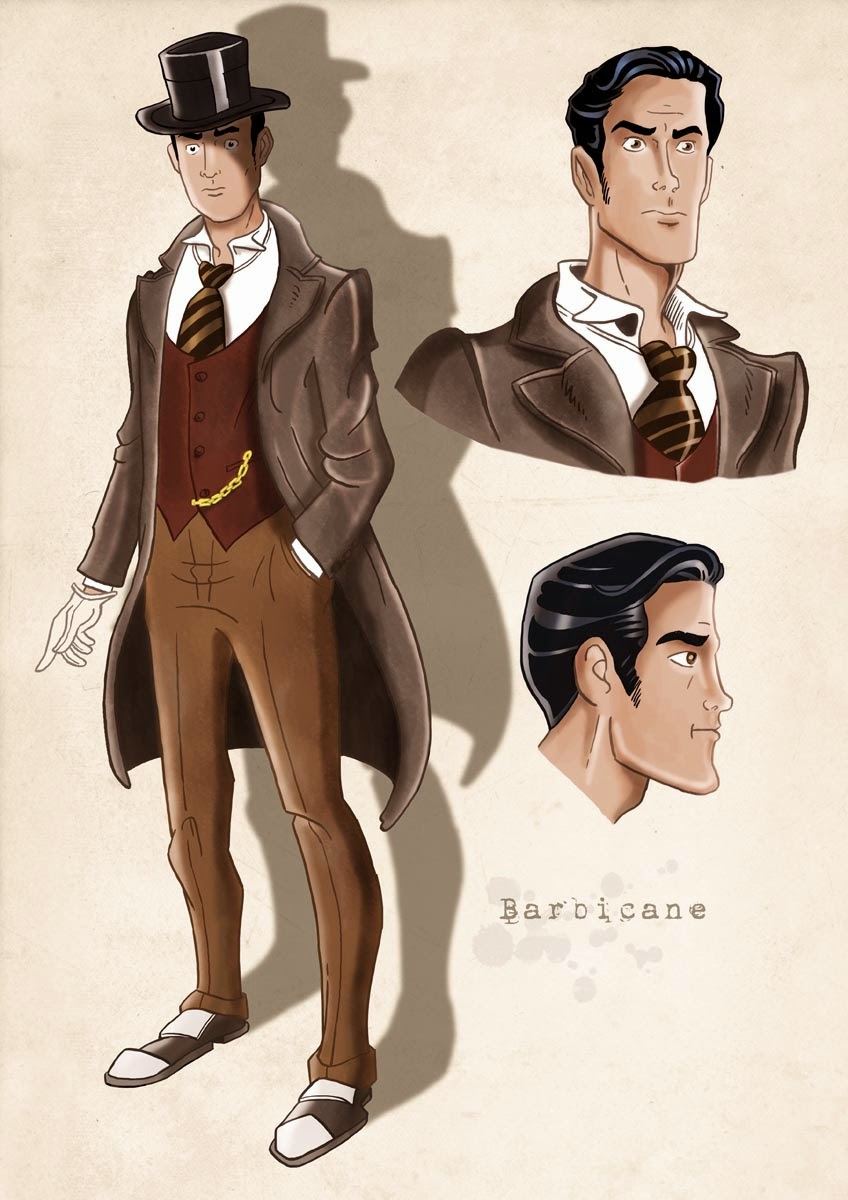